Everything You Need To Know About Houston 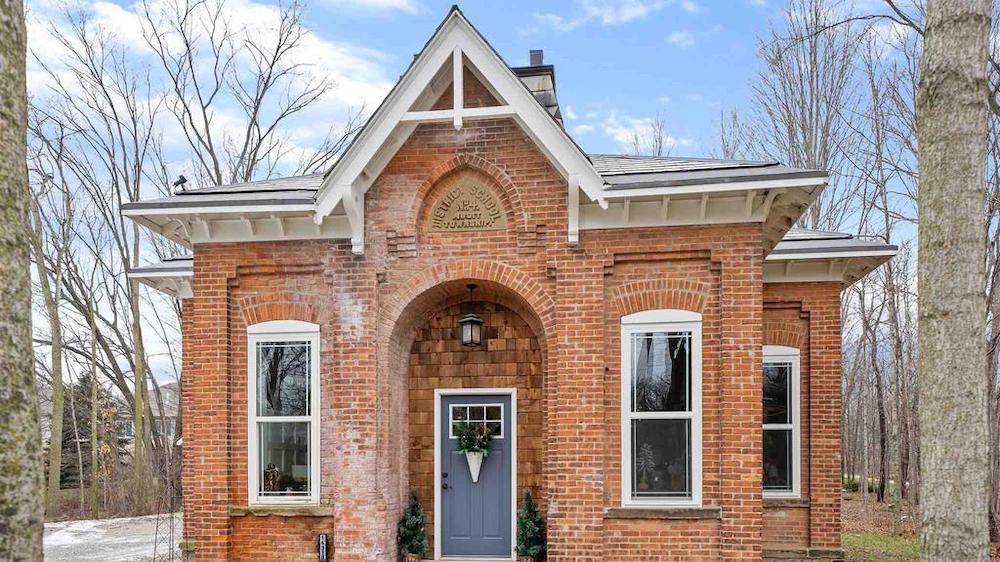 The room where students at District School No. 4 once learned their ABCs has been transformed into a grand living space.

On the market for $683,000, the converted schoolhouse on Aboite Center Road in Fort Wayne, IN, is now a one-of-a-kind single-family home.

âTo find an intact one-room schoolhouse is hard. Then on top of that, for it to be made into this gorgeous home with a back addition? The way they did it is just incredible,â says the listing agent, Andrea Zehr.

Built in 1883 and last used as a schoolhouse in 1938, the historic structure sat empty and forlorn for decades. The current owners began renovating it in 2016, after the former owner finally agreed to sell it.

âThe prior owner would not sell it unless there was someone that was going to not tear it down and do right by it,â Zehr explains. âThere were definitely other people that wanted to buy it and then take it downâand he would not sell it.â

Inside, the former schoolhouse serves as an open space with areas for dining and relaxing. Where the kitchen island now stands is where the original schoolhouse structure endsâthe space beyond was added by the current owners.

The addition to the original structure resulted in two bedrooms and two bathrooms, as well as a basement with an office and extra living space.

The kitchen features cherry cabinets, a copper farm sink, 12-foot ceilings, and floors made from wainscoting from the schoolhouse.

The master bedroom opens to a patio, and the master bathroom includes dual sinks, LED lights, Bluetooth speakers, and a heated towel rack.

The basement has 9-foot ceilings and a built-in sleeping area under the stairs, as well as a desk area and space for entertaining. Outside, there’s also a swim spa year-round exercise pool.

The current owners make a living dismantling old barns and reclaiming the wood. They used some of that material as well as other repurposed items for this project.

âThey restored everything that they could. The things they couldn’t salvage or had to replace were replaced with things that were repurposed,â Zehr explains.

For example, there’s barn wood from a 1950s barn, lighting from an old building, a door that came from an elementary school in the Iowa town where the two owners met, and much more.

They also gave a proper nod to the property’s pastâusing original chalkboards as wall decor.

âThe original slate chalkboard was still there when they purchased this property. The writing on it predates 1938, when the last classes were held there, so itâs pretty special,â Zehr says.

The exterior of the original schoolhouse is brick, with a slate roof. The addition features a metal roof and vinyl siding.

âThe reason why they didn’t try to do more brick on the exterior for the addition is because it’s so hard to match. So they went with siding and a barn kind of look,â Zehr explains.

The agent noted that the addition was carefully designed to align with the slim profile of the schoolhouse, so that it didn’t look like an afterthought. It’s the same width, going straight back, and doesn’t interfere with the front view of the original structure.

Sadly, the schoolâs original bell tower was unstable and could not be salvaged.

The schoolhouse design was the work of the architect John F. Wing, a well-known Indiana architect in the late 19th and early 20th centuries. His firm designed several buildings, including the gymnasium at Purdue University and many schools.

The owners spent several years converting the schoolhouse into their home, but are ready to move on.

âI think that perfect buyer is someone that really loves and appreciates the history,â Zehr says. âItâs just a really amazing sight.â